Sell your Toyota RAV-4 online and get a top value. Selling your Toyota from home has never been easier and profitable with CarZilo Custom Offer. Just complete our short form and get your above market offer. CarZilo beats all offers!

Sell my Toyota Rav-4 with CarZilo Cash offer! The Toyota RAV-4 is a compact-sized, crossover SUV that first came out in 1994 in Japanese and European markets, and in the following year, made its debut in the American market. This was the very first time a compact crossover SUV had been created. The Toyota Rav-4 is an interesting SUV model as it provides all the general benefits of having an SUV, such as more space, better visibility, and an option to get the 4-wheel drive version, but it also came with the mileage and fuel-saving capabilities of a compact car, making it exceptionally popular. This SUV is also known by other names in other regions, like the Toyota Vanguard or the Toyota Wildlander. 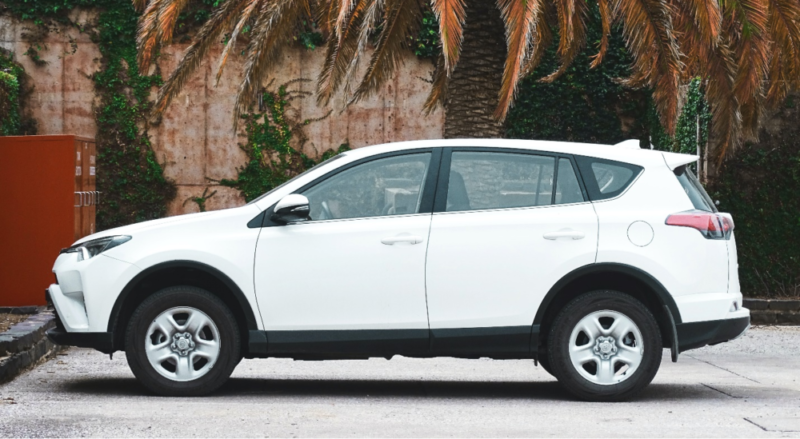 If you own a Toyota RAV-4 and are considering parting ways with it, then you may want to consider heading over to the CarZilo office and taking advantage of its amazing car buying service policies. CarZilo will buy your SUV quickly and at a great price to ensure that you don’t have to worry about looking elsewhere for offers. You can even sell your RAV-4 online through the CarZilo online selling system, where all you’ll need to do is make sure you fill out the online form with the following details: your vehicle’s model, make, year of release, and if possible, the VIN and license plate number for it. Using these details, CarZilo will make an offer with the highest possible price point for your car.

This service is available across Southern California and is ideal for car owners who reside in Los Angeles County, Orange County, Riverside County, or Ventura County. For the people in these areas, CarZilo provides additional services that come in handy when you accept its offer for your car. If accepted, CarZilo will send its experts to a location of your choosing to inspect your car, or you can visit their dealership and get a free ride back home once the inspection.

The inspection is conducted to ensure your vehicle is in proper working order and doesn’t take more than a total of 30 minutes to complete. Once done, you only need to sign some DMV documents that CarZilo will have prepared beforehand to transfer ownership of your car and hand over the keys. Once done, you receive the cash payment for your vehicle on the spot, and the whole selling process is complete.

Upload your Carmax or competitor’s offer and
let us beat it for you!