Sell My Toyota Corolla to CarZilo for Cash

Sell your Toyota Corolla online and get paid more than KBB and trade in value. CarZilo beats all offers and picks up for free!

Sell my Toyota Corolla for a Cash Offer!The Toyota Corolla is often referred to as the world’s most popular car. It has held on to that title since 1997 when the Corolla pushed the Volkswagon Beetle off the top spot. Today it stands at over 44 million units sold all over the world. It is one of the most widely available and successful cars in the world and is seen in almost every country.

If you are a car owner, there is a pretty good chance that you have owned one of these before. If not, your dad or granddad must have owned one of the Toyota Corollas. If that is the case, and you are looking to sell your Corolla then you should consider selling it to CarZilo, a licensed cash for car dealership in Ventura County. Their services are available to much of the Southern region of the Californian State, such as Los Angeles County and Orange County. 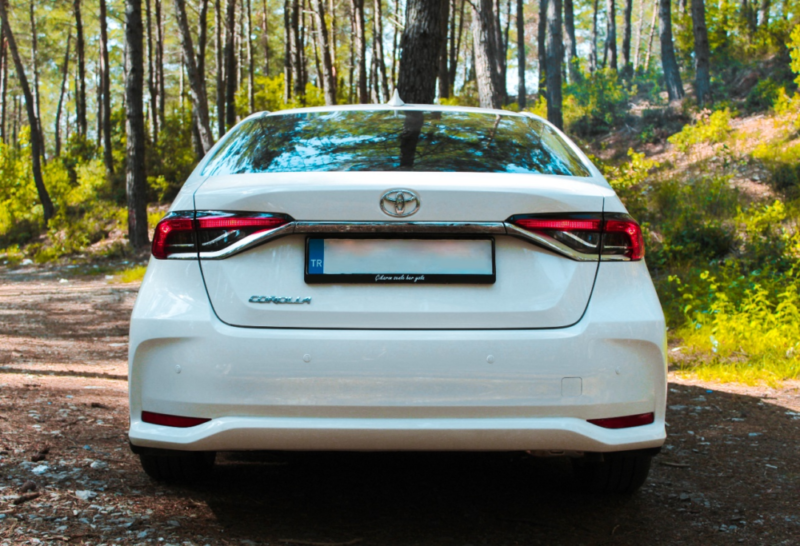 CarZilo aims to relieve their clients and customers looking to sell their cars of any unnecessary effort. Selling your car is usually a long and frustrating process for most people. Aside from preparing your car for sale, you’ll have to spend quite a bit of time looking for and speaking to potential buyers for your car. CarZilo wants to eliminate this whole process and instead give you the option to just sell your car online instead, without needing to put in any of the efforts.

How to sell your Toyota Corolla for more!

All you have to do to sell your Corolla online is to go to the CarZilo website and check out the online form for the cars they will buy from you. Add in details about your Corolla, such as the year it was released, the make and the model of the car, and also the license number or VIN number of the Toyota Corolla. With all this information, CarZilo will be able to figure out the real market value of your Corolla and make an offer that beats that value to make sure you don’t even need to check other places for offers.

Once you have the offer, you have 5 days to accept it, after which a booking will be made for your car to be inspected by the CarZilo experts. If everything is in order at that point, you only need to take the cash and hand over the car.

Upload your Carmax or competitor’s offer and
let us beat it by a big margin!

Why should I sell my Toyota through CarZilo?

After we have your vehicle information, we will customize a Cash Offer. If you agree to CarZilo Cash Offer, to sell your Toyota, you can bring your vehicle to one of our locations or one of our appraisers will come to you for a final inspection and to finalize all paperwork within 15-30 minutes.

All information, equipments, mileage, and damages should have been disclosed properly. Upload Your Offer to start and get more for your Toyota. We may refuse purchase of some makes and models.

Is CarZilo Cash Offer, to sell my Toyota negotiable?

We do our best to provide a fair Cash Offer, for you to sell your Toyota. we will also beat CarMax or any other competitor’s valid offers.

Do I have to accept the CarZilo Cash Offer, to sell my Toyota, right away?

The Cash Offer, to sell your Toyota, is good for 5 days or 250 miles. As long as you bring your Toyota to us before that time, you’re good to go. If the deadline is missed, we will re-evaluate the offer.

Can I sell my Toyota with mechanical and/or body damage?

Can I sell my Toyota if it's financed?

You sure can sell your Toyota even if it’s financed. You can start the process by providing your lien holder’s name and account information to obtain a payoff information before meeting.

Can I sell my leased Toyota?

CarZilo buys most leased vehicles. Recently it has been harder to sell your leased Toyota but depending on the leasing company we will negotiate with your bank. Please contact us for more information.

Yes, you can still sell your Toyota. We require a valid ID, so we can confirm your ownership.

Do I need to contact the DMV after selling my Toyota to CarZilo?

How does CarZilo evaluate my Toyota?

CarZilo will check multiple sources, such as KBB, NADA, local retail market and wholesale market to offer you above market value for your Toyota. Get Stated to sell your Toyota for more.