Sell My old Scion to CarZilo

About the Scion, Scion used to be one of the wings of Toyota motors that was aimed at a younger generation. Scion was established in 2003 and lasted until 2016. They released many new vehicles in that time frame, like the Scion FR-S, the xD, and the TC. Their vehicles were affordable, sporty, and highly stylized. Sell my Scion online to CarZilo. 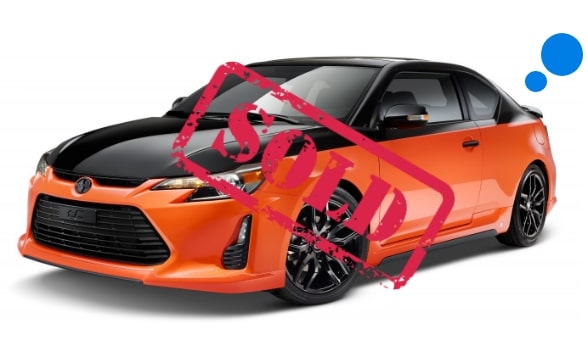 If you’re in the market to sell your old Scion and are either currently present or living in Southern California, you should reach out to our car buying service, CarZilo. We are a licensed cash for car service that can guarantee that you only receive the highest possible offer on your vehicle when selling to us.

If you receive a higher quote from any other car buying service, we will gladly outbid it. Send over the official quote you have received, and our team will send back a better counter offer. We’ll also ensure that you have to do the bare minimum to sell your vehicle. Simply reach out, and our team will take care of the rest.

Instead of looking for private buyers, let them inspect your vehicle and then negotiate prices with each of them individually; you can sell your car online within a matter of minutes by filling out our online form. The form requires your contact information and the following details about your car:

With this information, our team will crosscheck your vehicle on our database and calculate the current market value of your car. We will then send a quote at a higher price than the market valuation. This helps ensure no time is wasted in negotiations and that you receive your best offer from us. It also eliminates the need to find new buyers.

If you accept the offer, we will schedule an inspection for your vehicle and prepare DMV documentation for the ownership transfer. Once the inspection is complete, you can sign the documents and receive your complete cash payment on the spot.

Sell My Scion
Fast, Easy, and for More