CarZilo buys your Infiniti M35 over the market value and beat all offers, Contact CarZilo for fast cash offer!

Sell My Infiniti M35 to CarZilo

Sell my Infiniti M35 for more! The Infiniti M is a line of mid-size luxury executive cars produced by Infiniti, the luxury division of Japanese automobile giant Nissan. Infiniti based the design of the Infiniti M35 and M45 on the Nissan Fuga. The M35 sedan, along with the M45, became the flagship car of the Infiniti brand. In 2013, Infiniti rebranded the Infiniti M line and now markets it as the Infiniti Q70. The Infiniti M35 is a four-door sedan featuring a rear-wheel-drive layout. In addition, the M35 is powered by a V6 engine, although the M35’s sports variant features a V8 engine. The car perfectly blends comfort with fuel efficiency and performance.

Although Infiniti has rebranded the Infiniti M line, you’re still likely to see the Infiniti M35 gracing the streets of San Diego and Los Angeles. While the car’s sales eventually dipped in the latter half of its production cycle, people embraced the mid-2000’s models, resulting in significant sales for Infiniti. If you’re someone who has a penchant for Japanese cars because of their reliability, and you appreciate a sedan that combines luxury with performance, you might own an Infiniti M35 yourself. If that’s indeed the case, you might be looking to sell your old Infiniti M35 – whether to upgrade to the new Q70 line or switch to a different manufacturer’s vehicle. If that rings true for you, we can assist you with selling your vehicle for cash. 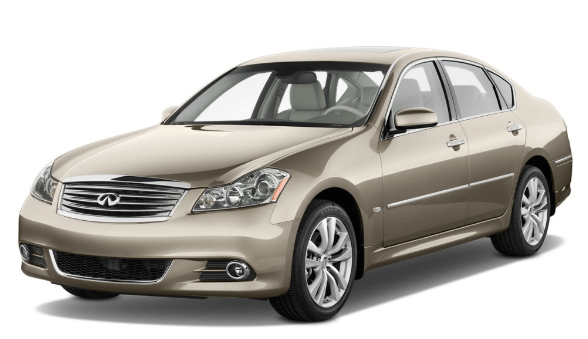 Sell my Infiniti M35 to a trusted car buyer!

CarZilo’s a licensed car buying service that smoothens the process of selling your car online. We eliminate the hassles associated with selling your vehicle through traditional means, like negotiating with prospective buyers who are trying to undercut you at every turn. Our cash for car service ensures that you receive the highest possible value for your vehicle and enables you to sell your car within minutes. We’re currently providing our services to car owners in the following locations: Los Angeles County, Ventura County, Riverside, San Diego, and Orange County.

CarZilo makes selling your old car a straightforward process. We require you to fill out a brief online form providing pertinent information, including your car’s make and model, the year of release, and your car’s VIN and license plate number. We’ll also need your contact details. Our team uses the information to determine your car’s market value by cross-checking with multiple sources and responds with a custom offer that exceeds its market valuation. You have five days to deliberate over our proposition.

If you decide to accept our offer, we’ll schedule a routine inspection for your car, typically lasting less than 30 minutes. Once your team finishes examining your vehicle, we’ll present you with the necessary DMV documents that we’ve prepared beforehand. All you have to do is sign the paperwork, collect the cash for your car, and you’ve successfully sold your old vehicle. 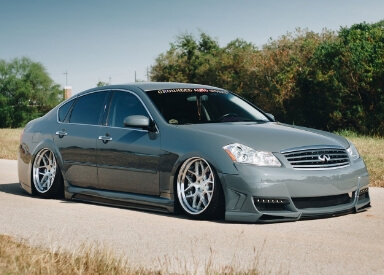 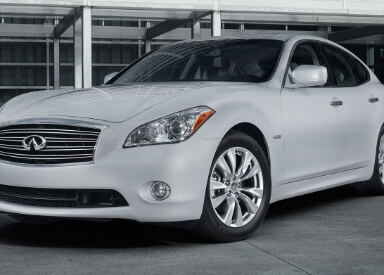 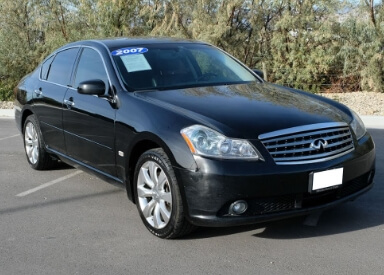 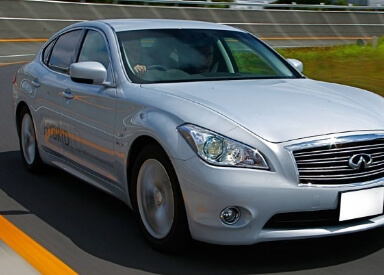 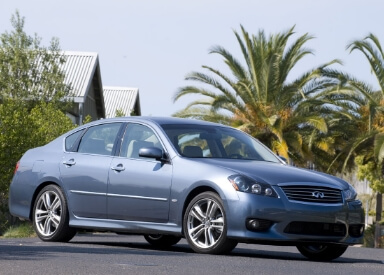 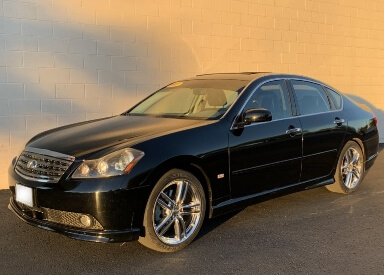 Locations to Sell My Infiniti M35