Sell My Ford Online For Cash!

Sell your Ford online in Los Angeles, Orange, Riverside, San Diego or Ventura County. CarZilo beats all offers and pays you on the spot!

Sell my Ford to a top Ford buyer in Los Angeles, Orange, Riverside, San Diego or Ventura County for more. CarZilo will provide you with the highest possible market value for your Ford Sedan, Truck, SUV or EV. Just complete our short form and receive your CarZilo Custom Offer. 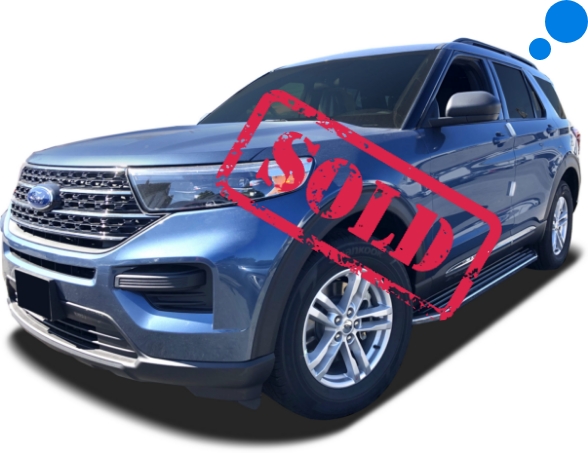 Sell My Ford for More

Do you own a Ford that you’re not loving any more? It doesn’t matter if it’s an SUV, a pickup truck, a muscle car, or your average sedan. If your Ford’s isn’t older than 2005 and you live anywhere in the Orange County, Los Angeles region, then you can get a pretty good deal for it by selling it to us at CarZilo.

You may be looking to upgrade your car or just get some quick cash. Regardless of what your reason for selling the car is, we want to make the process as easy for you as possible. No need to worry about trade deals for the car, or a long process, or even us trying to undercut the value of your car. CarZilo’s dealership doesn’t operate like that. We want to give you good value for your car and make sure the payout you get for it is something you can be happy with receiving.

Sell My Ford higher than KBB

Our team has a lot of experience buying different Ford models from sellers. CarZilo beats KBB trade in value all the time. Thanks to our low overhead and used car market knowlage and expertise, CarZilo is able to pay you over KBB value all the time. If you have an offer from KBB, just uploaded your offer it to our website and let us beat it by a big margin.

The process to sell your Ford is quite easy as well. Get your Ford registered to our database through our online form and put in the details regarding its make, model, and registration year. Once we have all those details, we’ll know how to value the car. We’ll make an offer for the car based on the details you provide us with, and if you accept it, we will get your Ford inspected by one of our experts to make sure everything is in order.

Sell My Ford Fast and Easy

We Pick up, you get paid!

You can also bring your Ford to on of our location to get it appraised. Just sign the DMV documents and take your payment within a matter of minutes. Furthermore CarZilo will provide a ride back to your place. If you prefer not to leave your house, we’ll send one of our professional team members to your location to inspect your Ford and pay you on the spot.

how to sell my Ford Car Fast 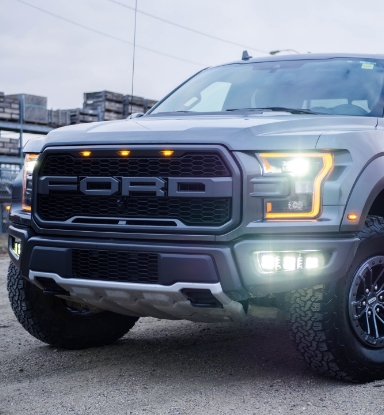 Henry Ford built his first car in 1896, which he called a quadricycle. His first venture into car manufacturing was the Detroit Automobile Company which was founded in 1899. However, the company foundered and was reorganised as the Henry Ford Company in 1901. In 1902, though, Henry Ford fell out with his financial backers and left the company with the rights to his name and just $900. Which in 1902 was probably quite a bit of money.

Anyway, Henry Ford turned to friend Alexander Y. Malcomson to finance another automobile company. The partnership ‘Ford and Malcomson’ was created and the pair designed a car and began ordering parts. However, money was running out fast and the manufacturing firm were demanding payment. Malcomson had to turn to his uncle, John Gray who was head of the German-American savings bank. He suggested incorporating Ford and Malcomson and bringing in new investors.so, in 1903, Ford Motor Company was incorporated with 12 investors owning 1000 shares. Ford  Motor Company was immediately profitable, despite some shareholders reservations. However, there were internal frictions and when Ford and Malcomson fought over the future of the company and Malcomson was frozen out of the company when Gray sided with Ford. He sold his shares to Ford and then Gray died suddenly in 1906 so Ford took over the role of president of the company.

Why should I sell my Ford through CarZilo?

After we have your vehicle information, we will customize a Cash Offer. If you agree to CarZilo Cash Offer, to sell your Ford, you can bring your vehicle to one of our locations or one of our appraisers will come to you for a final inspection and to finalize all paperwork within 15-30 minutes.

Is CarZilo Cash Offer, to sell my Ford, negotiable?

We do our best to provide a fair Cash Offer, for you to sell your Ford. we will also beat CarMax or any other competitor’s valid offers.

Do I have to accept the CarZilo Cash Offer, to sell my Ford, right away?

The Cash Offer, to sell your Ford, is good for 5 days or 250 miles. As long as you bring your Ford to us before that time, you’re good to go. If the deadline is missed, we will re-evaluate the offer.

Can I sell my Ford with mechanical and/or body damage?

Can I sell my Ford if it's financed?

You sure can sell your Ford even if it’s financed. You can start the process by providing your lien holder’s name and account information to obtain a payoff information before meeting.

Can I sell my leased Ford?

CarZilo buys most leased vehicles. Recently it has been harder to sell your leased Ford but depending on the leasing company we will negotiate with your bank. Please contact us for more information.

Yes, you can still sell your Ford. We require a valid ID, so we can confirm your ownership.

Do I need to contact the DMV after selling my Ford to CarZilo?

How does CarZilo evaluate my Ford?