Sell your Buick online in Los Angeles, Orange, Riverside, San Diego and Ventura County. Submit a short form and get your custom offer!

Are you ready to sell your Buick for more! CarZilo has been buying all Buick models for many years. CarZilo will provide you with an over market value offer for your Buick. Just complete our short form and receive your offer!

Why Should I Sell My Buick to CarZilo?

Sell your Buick SUV or car online with help from CarZilo. Selling to CarZilo is quick, easy, and safe. You can get the maximum value for your Buick by doing the minimum work.

Do you have an old Buick that you’re not loving any more? Sell your Buick now and get fast cash. At CarZilo, we have extensive industry experience in buying cars. Our buying process provides you with a competitive cash offer that you can’t resist.

We realize that your time is precious. That’s why selling your Buick instantly online can prevent you from wasting your valuable time.

Eliminate the hassle of trade in. Our team will make sure you get an excellent price for your car. When you decide to sell your car in Los Angeles County, Orange County and surrounding counties , your proven and easy process works as follows:

Sell Your Buick with our experts today. We will complete all the DMV paperwork required to transfer ownership. CarZilo will give you the payment on the spot. We will also offer you a free ride back home. If you can’t come to our office, we will send our team to your place so that you can sell your car.

Buick Models We Are Looking to Buy

how to sell my Buick Car Fast 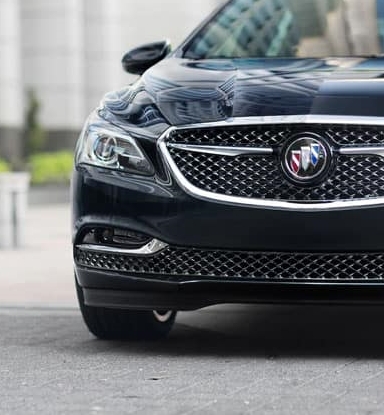 Bought by David Dunbar Buick in 1903, William Durant was brought in to manage Buick in 1904. The first Buick made for public sale was the 1904 Model B. A total of 37 Buicks were made that year and none of the originals have survived to see 2015. A natural promoter, Durant made sure Buick became the largest automaker in America. With the profits, Durant began acquiring other automakers, calling the corporation General Motors. Each make was to target a particular audience. Buick was near the top.

Buick has the honor and distinction of being the oldest active American marque of automobile, first founded in the Buick Auto-Vim and Power Company in 1899 before its incorporation into the Buick Motor Company in May 1903. Along the way, Buick has been marketed as a premium brand that sold affordable luxury vehicles. Buick has survived General Motors’ brand discontinuations, including Oldsmobile and Saturn, and drastic changes in the economy, while continuing to innovate when times were tough.

Why should I sell my Buick through CarZilo?

Is CarZilo Cash Offer, to sell my Buick, negotiable?

Do I have to accept the CarZilo Cash Offer, to sell my Buick, right away?

The Cash Offer, to sell your Buick, is good for 5 days or 250 miles. As long as you bring your Buick to us before that time, you’re good to go. If the deadline is missed, we will re-evaluate the offer.

Can I sell my Buick with mechanical and/or body damage?

Can I sell my Buick if it's financed?

You sure can sell your Buick even if it’s financed. You can start the process by providing your lien holder’s name and account information to obtain a payoff information before meeting.

Can I sell my leased Buick?

Yes, you can still sell your Buick. We require a valid ID, so we can confirm your ownership.

Do I need to contact the DMV after selling my Buick to CarZilo?

How does CarZilo evaluate my Buick?